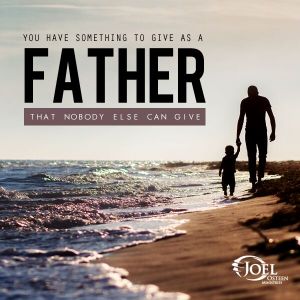 Father’s Day has been bittersweet for me these past two years, mainly because  my father transitioned shortly before Mother’s Day a year ago. My dad was not everything that we needed a father to be, but he loved and protected his children, parented the best he knew how, always brought his check home, and although was not always connected to us emotionally, he kept a roof over our heads, food in our stomachs and never in his entire life did he miss a birthday of his children or grandchildren. I miss him dearly, mainly because as most women, I was a daddy’s girl. I didn’t always like his choices and I knew he was not perfect but he always let me know how beautiful and special I was to him and spoiled me whenever he could. I expected for my daughter to have a similar experience, and also wished for my son to have a strong, supportive man in his father to look up to.

Unfortunately, my ex-husband has chosen this year to withdraw from his parenting role and I have no choice but to raise my children independently, which means they do not have the comfort, nurturing and stability of two parents cohabiting or even co-parenting. I am thankful for the financial support but for a Mother, the emotional support and presence are much more valuable. I choose not to label myself as a single mom because their father does make an appearance from time to time at special events like recitals and most baseball games and does contribute financially, but chooses not to co-parent. It wasn’t until I participated in a live video chat with Iyanla Vanzant on Co-Parenting that I understood the true definition of co-parenting. Iyanla says that “there is a difference between being a parent and co-parenting”. If you are co-parenting , the other parent is first and foremost willing to be involved in their children’s lives, available and willing to make agreements regarding the welfare and custody of the children and willing to negotiate any agreements that are made if its necessary for the welfare of the child(ren). It was then that I realized I was doing the job of two parents. I make all decisions regarding the kids’ health and welfare alone as well as manage the household, getting them to and from their extracurricular activities and any and all correspondence with school including parent teacher conferences. I do it all alone. Not because I want to, but because the other parent chooses not to. And it’s  for that reason that I am more sad on this day than usual. I grieve not only for the recent loss of my own dad, but also for my children’s loss. It is definitely an emotional and physical strain for me, I believe selfish and unfair on his part especially since we both agreed to give life to these children. I would rather not have to be “supermom”. I practice forgiveness almost daily being extremely aware that the emotional scars of resentment are left on the children. It is for this reason that no matter how unfair it is, how angry and frustrated I become with unmet expectations, broken promises that leave me wiping away tears, I will not bash their father. I will not speak ill of him to them, I will not call him a deadbeat or any other words to degrade him or denounce him as their father. Now I’m only human and believe me when I am angry, lonely and tired and I vent to my best friends, many words I cannot even begin to write here may come out of my mouth in frustration (I’m just being honest!), but you will never see it on social media, and neither he nor his children will ever hear it come out of my mouth. Do I have the responsibilities of two parents? Yes. Could their father do a much better job of parenting? Yes. Do I sometimes do things for and with my son and sometimes my daughter that their father should be doing? Yes, but that does not make me their father. Even if I have to tell my son about the birds and the bees or take him to buy a jock strap for baseball it doesn’t make me a Father. It  just means that I am a mother doing twice as much as I would be doing if there was a co-parent. I could never take the place or the name of their Father. I believe that fathers have a place in our community and our families that no one else can fill. When they are absent, the absence is felt deeply by the entire family and especially the children and if try to assume that role then I am not allowing the children the dignity of accepting their reality, processing  it and healing from the loss. Healing. As much as I sometimes hate to admit it, the reality is that their father’s blood flows through them, his DNA is intertwined with theirs and you can see it in their features, attitude and emotions. To degrade or denounce or dethrone their father would be negating an integral part of their being and that in my opinion would cause irreparable harm. Even if he never embraced them as his children, I would not tell them that they “have no father” because that would not be their truth. We benefit from knowing the truth about who our parents are, good or bad, so that we can use that knowledge to understand the nature of our own choices and either embrace or change them. But that’s just my opinion.

I choose to protect my children from unsafe environments and I am honest as I can with them about how their father’s choices have caused him to distance himself, but I cannot allow the anger, disappointment , hurt and frustration to consume me or them. I always leave the door open for their father to enter their lives as long as it is safe for the children. Many women unfortunately choose to distance their children from an unsupportive father, but I believe that the choice to reject them is often a result of prioritizing the hurt feelings between parents over the needs of the children. Good or bad, they will love their father for life. I am so blessed to have three brothers who are strong, loving and supportive and many “play-brothers”  and friends who step in and help provide the male role models that both my son and daughter need. Some may disagree but I believe in the village and I have learned to accept that no matter how strong and loving I am, children need a male influence in their lives and I am not a man.

Well, I did something this Father’s Day that many of my independent mom friends would have never done, but I believe that hate doesn’t solve anything, and only compassion can heal. I received an email a few weeks ago from the Franklin Institute about their new Brain exhibit (which is fascinating by the way!) and  made plans for the kids to attend a hands on workshop. When I made the appointment and realized it was on Father’s Day, I added an extra person to the reservation. Did I have to include him? No. Did I want to spend father’s day with someone I don’t even like especially while still mourning my own father? No. But in that moment I put my feelings aside and thought of what would be good for the children. Normally he doesn’t make plans to spend time with them on Father’s Day but I decided for their sake I would extend the invitation. So with no consideration of if he would even respond or accept, I emailed the information and let go of the outcome. I knew that I wouldn’t tell the children so as not to set unrealistic expectations, and I knew that if he didn’t show, we would still have a fun day and that his choice would be left as an impression upon him and not me. Thankfully he showed up  for the children and I was happy for them. I honestly would have rather been in the dentists’ chair (I know many of you understand!), but for the first time in over a month my daughter spent  some quality time with her dad and didn’t burst into tears when he left. In those few hours she was daddy’s girl and those few hours I believe his presence provided a balm that only a father could apply to her heart. I can hug her, kiss her, wipe away her tears but I cannot give her what she needs from her father. I set aside my feelings about him for a few hours for the sake of the children and the small sacrifice was worth it.

That’s why I say thank you to friends who applaud me for doing the work of two parents and even want to acknowledge my efforts on Father’s Day, but I respectfully decline that title of “surrogate father” because it will never be mine. Our children are aware of how much I give to them and do for them and I get twice the love and hugs which is the supreme acknowledgment . I do hope that one day they will have a Step-father in their lives to be a consistent source of male support, love and encouragement in their home, and I hope for their sake that one day their father has a change of heart and becomes more involved in their daily lives. But just for today, I accept my role as an Independent Mom.  Give me twice as many flowers, gifts, kisses, hugs and chocolate on Mother’s Day, but this mother does not want a Father’s Day card.